Viceroy of Naples and constable of Navarre.

Alba (b. 1568) is the fifth duke in his line, inheriting the title from an uncle who died without issue. A grandee of Spain, he is King Phillip’s viceroy for the Kingdom of Naples. As viceroy he is considered to be the overall Spanish authority on the Italian peninsula. This great authority does not prevent him from being badgered constantly by the court in Madrid, however.

Alba is also duque de Huéscar, a title gained through his wife, and condestable de Navarra. He has two children, a boy and a girl. 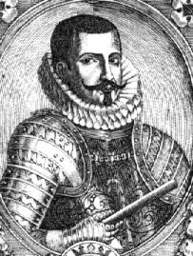