Antoine is the youngest son of Barthélemy de Valbelle, the former head of the Valbelle clan and the leading political figure in the city of Marseille; after Barthélemy’s death, control of the city’s political machine passed to Antoine’s cousin, Cosme, after Antoine’s older brother refused leadership of the faction.

From Barthélemy Antoine inherited the Admiralty lieutenancy for the port of Marseille. This is an influential and lucrative magistracy with responsibility for adjudicating the claims of sea captains and merchants.

Antoine studied at the Université de Paris as a young man. He has only one eye due to an accident he suffered as a youth. 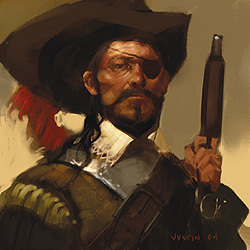