Heir of a family disgraced during the reign of Queen Elizabeth for plotting against Her Majesty, Thomas Howard was raised in comparative privation. His great-uncles, courtiers of King James, succeeded in restoring the family name, and the title of Earl of Arundel and some of his ancestral estates were restored to him in 1604.

The following year he married Lady Alatheia Talbot, daughter of the Earl of Shrewsbury and heiress to vast estates in Nottinghamshire, Yorkshire, and Derbyshire, providing the earl with a fortune to spend on his passion for art collecting.

Arundel is Lord Lieutenant of Norfolk and, since 1622, Earl Marshal, the leading officer of arms and one of the Great Officers of the English court. The earl was close to the late king, but it is rumored that he is one of a faction opposed to the Duke of Buckingham, favorite of King Charles. 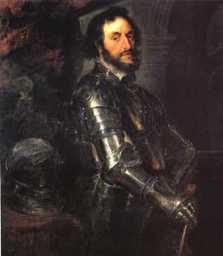