Soldier and heir of the duchy of Epernon

Henri (b. 1591) is the eldest son and heir of the duc d’Épernon and his first wife, Marguerite de Foix, comtesse de Candale (d. 1593). From his mother Henri inherited the title of comte de Candale, which was elevated to a dukedom by the king, Louis XIII, in 1621.

Like his father, grandfather, and great-grandfather, Henri pursues a career in the military, serving in the campaigns against the Huguenots in 1621 and 1622. 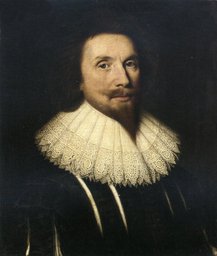