Lady-in-waiting to the principessa di Piemonte

The daughter of Monferrini conte di San Giorgio, Teodoro Biandrate, Margherita married and was widowed while still a young woman. In 1605, she married Augusto Manfredo Scaglia, heir to the contea di Verrua and already an important figure in the Savoyard court.

In 1623, Margherita, now the contessa di Verrua, joined the court of the principessa di Piemonte. She is rumored to have a network of spies among the servants in the ducal residences, and she is known for an inquisitive – some might say prying – nature. 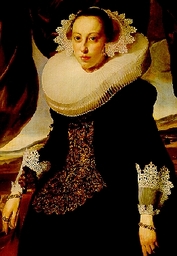