Official of the diocesan tribunals for the archdiocese of Aix

Younger brother of the marquis de Saint-Méran, Étienne de Saint-Méran was born in 1586, the same year as his father died fighting during the Wars of Religion. Jacques, as the head of the family, decided on a clerical career for Étienne. Étienne, however, hoped to convince his brother to let him become a Knight of Malta, but at the age of ten, the younger Saint-Méran was thrown from a horse and then trampled, resulting in lasting injuries which precluded the rigors of a martial life.

Étienne studied both religion and law at the University of Aix then received religious training from the Benedictines, taking holy orders in 1610 and completing his doctorate in law two years later. He joined the family parish at Saint-Sidoine-aux-Puis, becoming pastor of the parish by 1616; the same year, Étienne became a chaplain of the Order of the Holy Ghost as well. He practices law on behalf of the family.

In 1624, Étienne was invited to join the curia of the newly-appointed archbishop of Aix by the prelate’s vicar-general, François de Valbelle. Étienne’s brother, the marquis, objected as it meant a Saint-Méran would not control the parish of Saint-Sidoine-aux-Puis for the first time in three generations, but Étienne arranged for Jacques’ bastard son, Clément, to join the parish to mollify his older brother.

Étienne and Jacques enjoyed a strained relationship since childhood; the abbé is close to his sister, Marie, who effectively raised him as a boy, though the pious woman considers her little brother too wordly for a priest. He is also especially close with his niece, Élisabeth, a religious like himself.

In 1624, the abbé purchased a comfortable suburban villa in the country near Aix, which he uses as a personal retreat.

Étienne is quietly ambitious, trying to step outside the outsize shadow of his brother, the marquis. Joining the curia of the archbishop, the brother of Cardinal Richelieu, first minister of France, is perceived as a step in this direction. 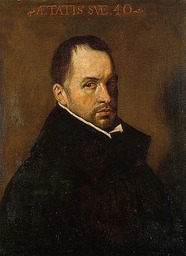