Vicar general of the archdiocese of Aix

François de Valbelle serves as vicar-general to the archbishop of Aix, Alphonse-Louis du Plessis, the brother of Cardinal Richelieu. He is also the sacristan of the Abbaye Saint Victor in Marseille, responsible for the vestements, unguents, and other items of woship at the abbey where Alphonse-Louis is abbot.

François is the brother of Cosme de Valbelle, the leader of the dominant political faction in Marseille; François’ influence in the Church in Provence serves to protect and advance the interests of the Valbelles. 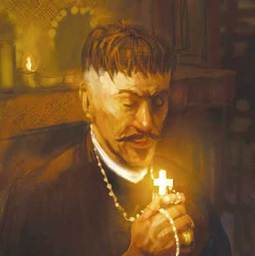