Guiton (b. 1585) is a Huguenot ship’s captain and owner in the port of La Rochelle. Nominally a merchant captain, like most Rochellais sailors he is a privateer as well. In 1622 he was named ‘admiral’ of the Protestant fleet of the city and fought a series of engagements against the royal fleet under command of the duc de Guise. In 1625, Guiton once again commanded, with the duc de Soubise, the Rochellais fleet against the duc de Montmorency at the battles of Pertuis Breton Saint-Martin de Ré.

Guiton remains one of the leading citizens of La Rochelle and a passionate Huguenot partisan. 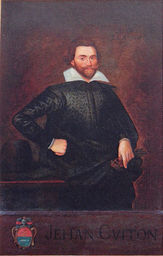