Captain of the Garde Écossaise

Eldest son of the Marquess of Huntly, George Gordon early began a career as a soldier and magistrate under King James. In 1609 Lord Gordon (b. 1592) was commissioned to suppress the “Knights of the Morter,” also known as “The Society of the Boyes,” a secret organization of Aberdeenshire men, who were rather much inclined to use the dirk, pistol, and claymore upon the slightest occasion and to break the peace by their brawls. They were banded together by an oath to avenge their mutual wrongs, and roamed throughout the country and pillaged whoever they pleased. Their oppression and contempt of the laws attracted the attention of the Privy Council, who denounced them “as an infamous byk of lawlass lymmars and a foul reproach to any country.” They were, however, very difficult to suppress, and Enzie’s efforts against them were not very successful. Nonetheless, Gordon was made a knight of the Order of the Bath in 1610 and invested as a Privy Counsellor of the Scottish crown in 1616.

In March 1618, he received a Commission of Justiciary to apprehend and try all persons suspected of murder, theft, and reset of theft, within the Lordship of Badenoch and Lochaber. In 1622, he received a commission to proceed against his relative, the turbulent Earl of Caithness, but his efforts were unavailing, and he petitioned to be relieved of the chief duty of his commission against the Earl of Caithness.

In the spring of 1623, he received a licence from the King to go abroad to any part of Christendom and stay for seven years. He was accompanied by a number of young gentlemen, and in 1624 he was appointed captain in the Scots Bodyguard of the King of France, where he serves with tact and distinction. 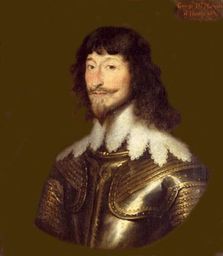