Known among Venetians and Spaniards as Marino Costa de Ragusa, Marin Kosta is captain of the Dalmatian argosy Sveta Vincenca. Kosta is a veteran commander with three voyages alongside the Spanish plate fleet to New Spain and north to the Baltic Sea.

Known for strict discipline and skilled ship handling, Kosta is respected by his crews; he enjoys a reputation for often blunt honesty with merchants in ports around the Mediterranean.

He owns a villa on the outskirts of Ragusa. 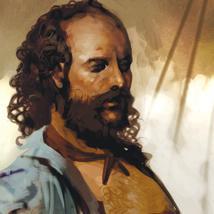