Guy de La Brosse (b. 1586) is one of the physicians to Louis XIII. His father served Henri IV in the same capacity. La Brosse is an avid botanist, with a strong interest in medicinal herbs. In 1616 he proposed building a garden of medicinal plants and a research facility in Paris, but the idea was opposed by the faculty of the medical college at the University of Paris, who felt this encroached on their territory. However, as the college’s own plans to build such a facility have come to naught, La Brosse may yet get his garden. 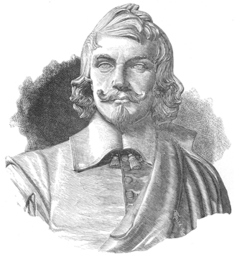