Professor of Greek at the Collège Royal

Pierre Montmaur was born in Limousin and studied with the Jesuits in Bordeaux. After serving in a variety of professorial posts in the provinces, Montmaur (b. 1576) purchased the chair in Greek at the Collège Royal in 1623. By reputation a diffident scholar and lecturer, he is best known for his sharp wit, his abundant appetite, his thin frame, and his phenomenal memory. Montmaur is a regular guest at the tables of a number of the grands living in Paris where he entertains the nobles with his acerbic observations on the French intelligentsia. 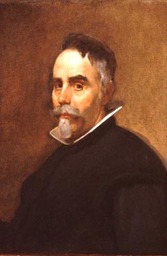