Court secretary of the Parlement of Paris

A native Parisian, Ambroise de Moreau is the younger son of a bourgeois mercer; his father, a member of the Mercers Guild, sent Ambroise (b. 1591) to university and purchased him an office in the Parlement de Paris. Ambroise served as a greffier (scribe) for a few years, then purchasd the office of hussier (court clerk) in 1618. At the end of 1624, he bought the office of secrétaire (court secretary).

Plain-looking and a bit portly, Ambroise is nontheless known for his pursuit of women. He married his pregnant mistress, an equally plain and portly but wealthy merchant’s daughter, in 1620, and together they have two daughters; it’s rumored that he has taken another mistress and is amassing considerable debt.

Ambroise is a member of The Boar’s Head club. 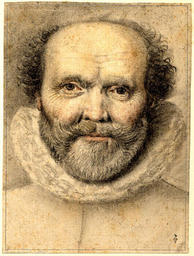