Manager of the Brothers Vitoria bank in Paris

A financier to the crown and the nobility of France, Bettremieu Moulin is the manager of the Brothers de Vitoria banking house in Paris. Born and raised in Namur and educated at University of Leuven, Moulin (b. 1579) worked as a clerk in Antwerp and Amsterdam before moving to Paris in 1606 to oversee operations for the the Vitoria house.

Moulin is close with the Queen-Mother and the nobles of the dévot faction at court. 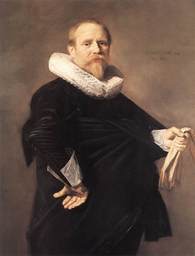