The youngest child of the visconte and viscontessa di Praz-de-Lys, Pierre de Montchèvre’s future is a source of friction between the parents, with his father pushing the son toward the Order of Saints Maurice and Lazarus and his mother coaxing him toward a career in the Church.

Though Pierre (b. 1617), called Pietro by his mother, favors his father in appearance, his manner is more that of his mother. 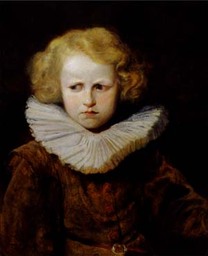