Olivier Rameau inherited his family’s villa and its groves of olive trees near Aubagne on the death of his brother in 1612 and over the ensuing years became one of the largest traders of oilve oil in Marseille.

Despite his success, Rameau (b. 1590) enjoys an unsavory reputation among the other merchants of the city. Rameau engages in vindictive lawsuits against his competitors, and his own business practices are shrouded in unseemly rumors, such as planting contraband goods on a ship resulting in the seizure of a competitor’s cargo, fouling his rivals’ oil while it’s stored in tanks awaiting shipment, and even burning down another grower’s groves. None of the allegations against Rameau are proved true, but they are widely believed nonetheless.

Rameau is a member of The Black Cross of Marseille. He is a gambler with a reputation for cheating. Rameau’s wife and children remain at the villa while he keeps a mistress in Marseille. 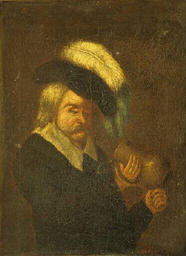