Razilly (b. 1587) joined the Knights of St John in 1605 and rose to the rank of knight-captain among the hospitallers. He later returned to France and like many of his brethren found himself in command of a royal warship. Razilly served with distinction and in 1621 he was appointed commodore of the Atlantic squadron and governor of the fortress of Isle-Bouchard. His squadron served at the seige of Saint-Martin, capturing thirty Huguenot ships during the campaign.

Razilly has served in both the Mediterranean and the Atlantic, including a voyage to New France. He is well-regarded as one of the best naval commanders in the small French navy and an accomplished sailor. 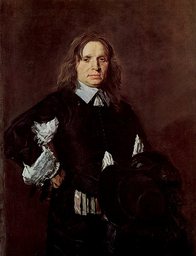