Rudolf joined the guards company of the Royal German mercenary regiment in 1610, and saw action with the royal army at Juliers that summer for which he was decorated by the queen-regent. By 1616 Razmann was the captain of the Royal-German guards company, and following the seige of Soissons, where he served under the comte d’Auvergne, he was again decorated and made a knight of the Order of Our Lady of Carmel and Saint Lazarus and promoted, serving for a time as a provost-martial. In 1619, Razmann again commanded the guards company of the Royal-German regiment during the first War of the Mother and Son. The next year he was decorated for his service on campaign, promoted to lieutenant-colonel of the Royal-German regiment, and created the baron de Forcheville by Louis XIII. In 1621, he was promoted to full colonel after receiving additional honors, and he commanded the full German mercenary regiment during the siege of Montauban. From 1623 to 1625, he served as aide to the marquis de Coeuvres, commander of the French expedition in the Valtellines in northern Italy; after the French were forced out of the Valtelline, Razmann joined the staff of the marquis de Créqui in Savoy, and following the campaign he was promoted to major general and summoned back to Paris.

He became a knight-commander of the order of Our Lady of Carmel and Saint Lazarus in 1624, receiving a commandery in Limousin.

Razmann is considered one of the finest tactical minds in the royal army; he also has a reputation as an excellent swordsman. 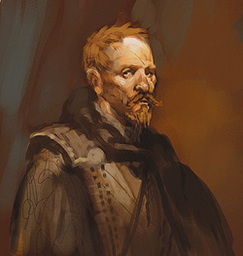