Master superior of the Scuola di Marozzo in Paris, Tancredi Rutolo studied fencing as a young man, first in Naples then in Florence, and was quickly regarded as an exceptional swordsman. As a master Rutolo (b. 1599) taught in Barcelona and Madrid before accepting an invitation to take over the Marozzo school in 1623.

Blessed with the tact and charisma of a courtier, the master maintains a reputation for probity and discretion; handsome and witty and often surrounded by young women, Rutolo nevertheless enjoys esteem as a man of decorum and devotion to his lovely Spanish wife, Maria.

As with most in his profession, Tancredi Rutolo is a duelist, though he is far more likely to accept a challenge than to issue one; it’s said that his reputation for courtesy and decorum serves to protect him from senseless confrontation, and he urges his students to conduct themselves honorably as well. He is nonetheless ready to defend his reputation as a swordsman when called upon to do so.

As of 1625, Rutolo is a member of the Fellows of Saint George. 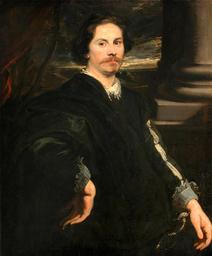