Official of the Diocesan Tribunals for the Bishop of Grenoble

Born and raised on his family’s estates in Dauphiné, Michel de La Portallier studied at the University of Valence, then travelled to Paris to complete his education in theology and law at the University of Paris, where he was recognized as an outstanding student. Père Michel (b. 1596) was ordained in 1616 and served as a priest at the église Sainte-Marie and curé of the parish of Sainte-Claire until 1620, whereupon he joined the curia of the diocese of Grenoble. In 1622, he was named official of the diocesan tribunals, in charge of prosecuting the laws of Church on behalf of the archdiocese.

In addition to his ecclesiastical and legal duties on behalf of the Church, Père Michel serves as spiritual advisor to the family of the marquis de Condillac. He is the commendatory abbot of Saint-Barnard in Bourg-de-Péage. 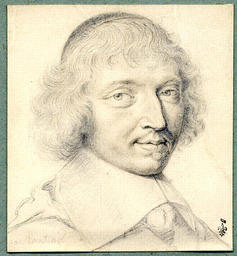