Little is known with certainty about Baron Zsigmond Sirokay. Rumors hold that he fled his estates in the Partium following a dispute with the prince of Transylvania, Bethlen Gábor over the Protestant prince’s wars against the Catholic Habsburgs; others suggest that the baron objected to the prince’s cordial relations with the Ottoman Turks, whom the baron despises.

What is known with certainty is that Baron Zsigmond arrived in Marseille in 1616, that he shares cordial relations with the duc de Guise, that he was a soldier at one time, and that he possesses a fine singing voice; the baron enjoys teaching local musicians to play the music of his homeland, then sings along in a powerful baritone, particularly when he’s deep in his cups.

The baron is a devout Catholic; he attends Mass at the Cathédrale Sainte Marie Majeure. He is served by a mute Turkish slave. 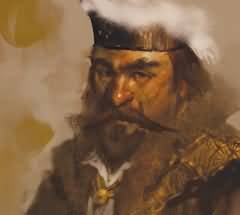