A venerable Norman sword noble family, the seigneurs de Vaile distinguished themselves in the Crusades. Raynald de Vaile served in the crusade of Louis VII, remaining in the Holy Land after the crusaders retreated from the walls of Damascus following their failed seige of that city. Rupert de Vaile served as seneschal of the principality of Antioch during the Third Crusade and was called a friend of Richard the Lion-heart. Rogier de Vaile fought in the war of Saint Sabas and was begseiged by Baiburs with Bohemond VI at Tripoli. Rupert II de Vaile died during the defense of Acre; his son Robert continued to serve King Henry II of Cyprus. Members of the Vaile family served on the Haute Cor of the Kingdom of Cyprus until the 15th century.

Many of the younger sons of the family served as knights-hospitaller – no less than three Vailes served at the seige of Rhodes. Others served the Church throughout the Levant.

After the abolishment of the kingdom by the Venetians at the end of the 15th century, only the Vailes’ Norman seigneurage, much diminished, remained. In 1515, Rupert III de Vaile inherited the seigneurage at the age of two – he would live another ninety-one years, surviving his son and grandson, finally passing his title to his great-grandson, Raoul, in 1606.

Raoul’s grandfather, Raimond, joined the Reformed faith in 1560, and both Raimond and his son, Rupert IV, fought for the Huguenots during the Wars of Religion. Raimond was murdered in Rouen following the St. Bartholomew’s Day in 1572; Rupert IV, only an infant at the time, escaped with his mother to England, where he was raised. He returned in 1589 to fight in the army of the new king, Henri IV. He was gravely wounded at the battle of Craon in 1592, and retired to his seigneurage afterward.

Raoul is the youngest of Rupert IV’s children. An older brother, Raimond II, died before Raoul was born; Raoul also has three surviving older sisters. Raoul (b. 1602) attended the Académie de Sedan, but in 1619 he joined the army of the Elector-Palatine, Frederick V, serving in the company of the Hiérosme de Challons, comte de Challons. He survived the Battle of White Mountain, and fought in the Palatinate until the Spanish and Imperial forces drove Frederick into exile in 1622. Wracked by fever, Raoul returned home to Normandie to convalesce.

Challons invited Raoul to join his carabinier company in 1625, and Raoul was made the count’s lieutenant as well as swordmaster to the company; in the fall he was promoted to captain and assumed command of a company in Challons’ newly-formed regiment for service in the army of the Danish king, Christian IV. Raoul enjoys a reputation as a master of the saber and a highly skilled horseman.

Raoul has a deep interest in history. His uncle, Roger, converted to Catholicism; he serves as a royal official in New France. 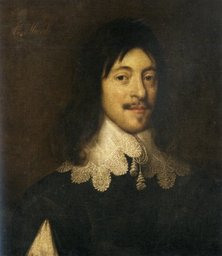