Catelano Valdimontone was raised on his family’s small estate near Ghigo, in the Valle Germanesca of the Cottian Alps between Dauphiné and Piedmont. Valdimontone (b. 1601) did not fancy overseeing the family’s orchards or talc mine, so with a borrowed horse he made his way to the Dutch Republic, where he served in a company of French expatriots commanded by the comte de Challons fighting against the Spanish and their allies.

After Challons was captured and repatriated to France, the comte invited Valdimontone to join his newly-formed company of light cavalry for the war against Genoa in 1625. Promoted to cornet the following year, Valdimontone was one of the first officers in the regiment raised by Challons for service to the Danish king, Christian IV, in the Empire.

Valdimontone is highly regarded for his skill as a marksman and horseman. His sharp wit contrasts with his soft-spoken delivery. 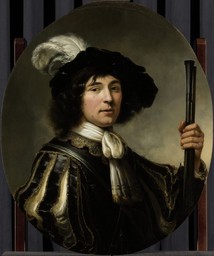