Valet to the marchese di Voghera

The Vestini family were servants in the household of the conti di Verrua for generations, and Vittorio (b. 1583) was first a groom, then later a valet, to Filiberto Gherardo Scaglia during the count’s service as the duca di Savoia‘s ordinary ambassador to Paris. Cardinal Maurizio de Savoia and Scaglia di Verrua negotiated the marriage of the Marie-Christine de France to the principe di Piemonte on behalf of the Savoyard court, and Vestini was frequently present during the count’s audiences with the French princesse.

Vestini is said to demand unswerving loyalty from the other servants in the principessa’s household. His manner is direct, his gaze unflinching, even with the courtiers and officers of the ducal household. 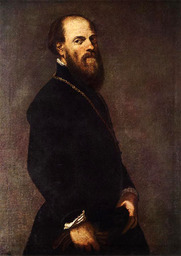