The youngest son of a Piedmontese family, Virgilio di Falisci grew up on his family’s small estate near Cherasco. From an early age he was destined for the Order of Saints Maurice and Lazarus. Virgilio (b. 1597) was accepted as an aspirant in 1622, and recently completed his third caravan aboard the galleys of the order. Knighted in early 1625, he was sent to the commandery at Stupinigi as the Savoyard-Genoese war raged to the south and east.

Virgilio is remarkably handsome, but if the stories of the ladies of Piedmont are to be believed, he is true to his knightly vows of chastity. He’s expressed his hope to return to the galleys after the war with the Genoese is over. 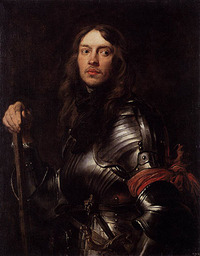