Strong-hulled and heavily armed, the argosy Sveta Vincenca, named for the 3rd century martyr Saint Vincenca, is a Dalmatian ship of the Republic of Ragusa. She’s made three voyages to the New World as part of Spanish treasure fleets and traded as far north as the Baltic Sea.

The crew of 250 is composed primarily of Dalmatians, Venetians, Greeks, and Spaniards, with a handful of Dutch, French, and others. 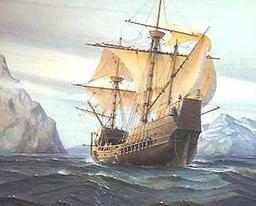