A War Hammer ignores one point of armor protection for purposes of base damage.

War Hammers are included with the Polearms skill. The base Expertise is 8.

A war hammer is a weapon of war intended for close combat action, the design of which resembles the hammer. The war hammer consists of a handle and a head, about the same length as a mace. The war hammer has a spike on one side of the head..

War hammers were developed as a consequence of the ever more prevalent surface-hardened steel surfacing of wrought iron armors of the late medieval battlefields during the fourteenth and fifteenth centuries. The surface of the armour was now as hard as the edge of a blade, so a blade tended to ricochet. Swords, or the blade of a battleaxe, were likely only to give a glancing blow, losing much of the impact, especially on the high curvature of the helmet. The war hammer could deliver the full force to the target.

War hammers can damage without penetrating the armour. In particular, they transmit the impact through even the thickest helmet and cause concussions. The spike end can be used for grappling the target’s armour, reins, or shield, or can be turned in the direction of the blow to pierce even heavy armour. Against mounted opponents, the weapon can also be directed at the legs of the horse, toppling the armoured foe to the ground where he can be more easily attacked. 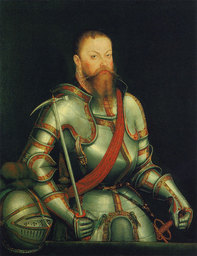