Christine Marie is the middle sister of King Louis XIII of France. In 1619, on her thirteenth birthday, she married Vittorio Amadeo, principe di Piemonte, heir to Carlo Emanuele, duca di Savoia; her bridegroom was thirty-two. The marriage infuriated Marie de’ Medici, the queen mother, who was not consulted in the decision to marry off her daughter, and precipitated the first War of the Mother and Son.

At fifteen she bore a child who was stillborn, but in 1622, she delivered an heir, Luigi Amadeo, insuring the continuing succession of the house of Savoy.

Cristina Maria, as she is known to her Savoyard subjects, is strong-willed. She enjoys things French and has attempted to introduce the fashions and styles of her homeland to Savoy. She is often called strong-willed, or, less charitably, frivilous and tempermental. 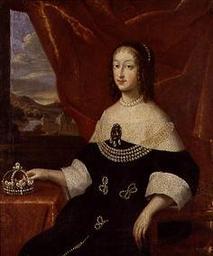