Leader of the governing faction in Marseille

Cosme de Valbelle (b. 1576) is the leader of the preeminent political faction in Marseille, following in the footsteps of his uncle, Barthélemy. Cosme served the city as a captain of the city guards and was elected for a terms as consul (alderman) in 1618. He is also a privateer, organizing the galleys hired by the Chamber of Commerce to defend the city against the Turks and the Spanish.

Though he only served one term himself, it’s well known that no one is elected consul in Marseille without Cosme’s say-so, as he controls who is placed on the ballot each year. He insures that the city remains loyal to the crown and to the governor, Guise, by providing that the nobles and wealthy bourgeoisie are appropriately represented in the city government. He is also scrupulous about protecting the city’s traditional privileges regarding taxation. Because this burden is borne disproportionately by the tradesmen and fishermen of the city, Cosme, and the Valbelle’s generally, is often the object of their ire.

Cosme’s brother, François, is the sacristan of the Abbaye Saint Victor and vicar-general of the archbishop of Aix. His cousin Antoine is the admiralty lieutenant of Marseille, an important magistrate with widespread authority over shipping in the port of Marseille. 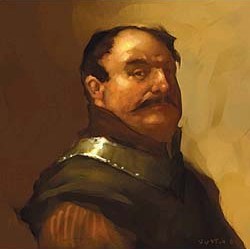