Black sheep of the Foresta family

The Forestas are a leading family of Provence, but Urbain de Foresta was born under a malign star, the son of a churchman who foreswore his vows and a merchant’s daughter. The Foresta elders attempted to force Urbain into the Church, but the young man refused; a settlement was reached whereby Urbain de Foresta would be permitted to enter the Order of Saint Jacques du Hault Pas instead, on condition that he would obseve the orders’ vows of chastity and poverty.

Taking the title of chevalier de Saint-Sauvan, Urbain de Foresta understands the intent of the conditions laid on him: he cannot father an heir, and he is not to ask the family for financial support. Neither stricture prevents the young knight, in his view, from consorting with courtesans and gamblers, which he does, regularly.

In September 1625, the chevalier was ambushed and killed by the bravo La Gautier in Marseille. 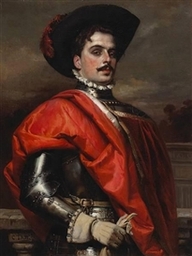