King's Musketeer and cadet of the Gramont family

Scion of a cadet branch of the powerful Gramont family, François-Louis’s upbringing was modest, but the family name provided him with the leverage to enter the Order of Saint James of the High Pass, taking the title ‘chevalier de Louvigny.’ Like many of the lesser Gascon nobles, François-Louis (b. 1603) pursues a career in the military, trading on his family name once again to join the King’s Musketeers in 1624. Exiled from Paris following a duel involving the Cardinal’s Guard, he joined a Gascon company which saw action battling Huguenots in the marshes of the Île de Ré under Toiras, suffering a pistol ball wound in the fighting.

François-Louis is ambitious and a careful observer of affairs at court. He also fancies himself a poet. 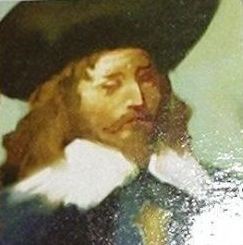