Governor of Languedoc, Grand Admiral of France, and Lieutenant-General of New France

Montmorency (b. 1595) is the governor of Languedoc, home to many of the France’s Huguenot towns, as well as Grand Admiral of the kingdom’s small fleet and lieutenant-general of the tiny colonies of New France. He is a grand, a leading member of the old sword nobility of France; as such, he distrusts the influence of the king’s favorite, Cardinal Richelieu.

Montmorency is a friend and ally of the prince de Condé, his brother-in-law. His sister is Charlotte-Marguerite de Montmorency, princesse de Condé. 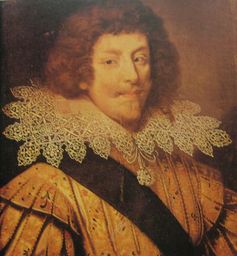