Son and heir of the duc de Sully

Rosny is the son and heir of Maximilien de Béthune, duc de Sully, the great minister of King Henri IV.

Rosny (b. 1588) assumed the office of grand master of the royal artillery in 1618, but he proved incompetent and his father took control of the office back from his son three years later. The marquis served neither Huguenots nor the royal army during the most recent outbreak of religious violence to shake France.

Rosny is a member of L’Épée du Grand Henri and spends much of his time at the club. His reputation as a rake and libertine is well-earned. 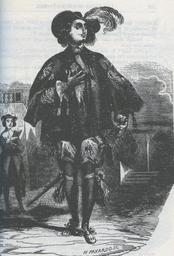